History of the Building

Early in 1928, the New South Wales State Government approved the establishment of a Teachers’ College in Armidale and the building work began in 1929.  The southern wing was opened in February 1930 and the building was completed in February 1931 at a cost of £98,000.  The design follows the rectangular shape and internal floor plan of Sydney Teachers’ College with two instead of three floors.  The Principal’s (C.B. Newling) residence was built to the west of the main building.

The building is heritage listed on the National Estate database Reference No. 292 and by the Armidale Dumaresq Council.  A Conservation Plan (HAP 97 332) for the building was commenced and completed in 1997.  In 2006 the building and grounds were placed on the State Heritage Register (No. 02193).

Distinctive features of the former college building are:

Work of the Friends of the Old Teachers’ College

In 1996, the Vice-Chancellor of the University of New England resigned and the interim Vice-Chancellor who followed decided to ‘mothball’ the building.  An intense and heated correspondence in the local paper led to a meeting in April 1997, at which it was agreed to create a Committee to save and protect the building. This group became the Friends of the Old Teachers’ College (F.O.T.C.).

A timeline of events:

Other important developments include:

With the help of volunteers, the History Room is now open on weekday afternoons, 2.00 p.m. – 4.00 p.m.  The Committee of the Friends intends to continue making applications for grants and holding fundraising events to achieve the restoration and conservation of the Armidale Teachers’ College building. 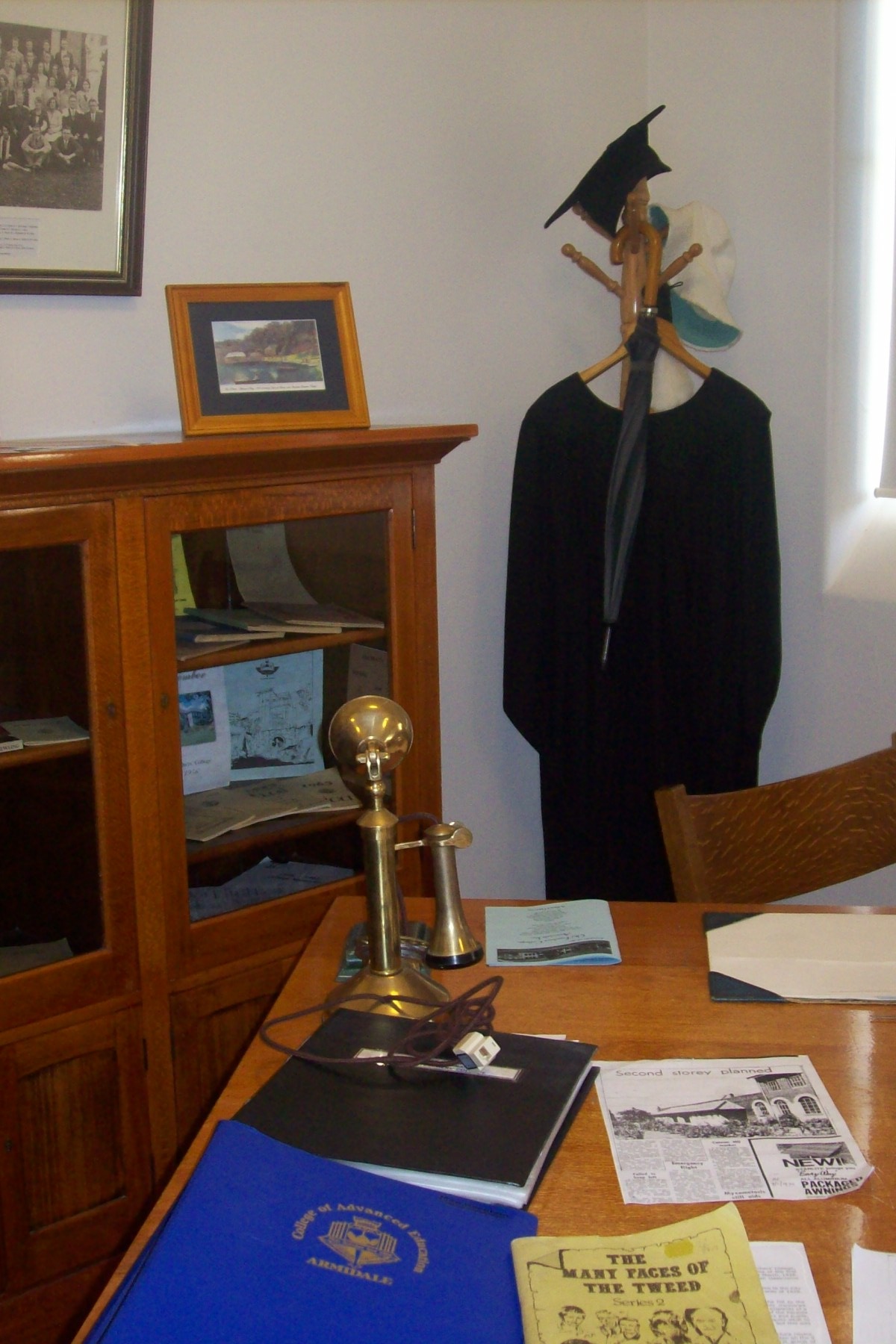 Unfortunately, we need to close the History Room due to impending renovations and the uncertainty of Covid – 19 infections in regional
NSW.

We apologize for any inconvenience and look forward to opening in the near future.